Vacuum cleaner history started in 1860 when vacuum cleaner inventor Daniel Hess from the USA made and received a patent for an invention he called “carpet sweeper”. This predecessor of vacuum cleaner had rotating brushes and bellows that generated vacuum. Air with dust drew into two cylinders filled with water, this device didn’t have dust bag. That was the first wet vacuum cleaner, and it was created before dry vac.

However, it was never mass produced due to big size and weight and it had to be operated by two persons. 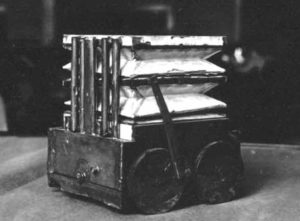 Next attempt was more successful. In 1869 Ives W. McGaffey invented manual vacuum cleaner and named it Whirlwind. Its design looked more like modern upright vacuum cleaner. Even so, it had one significant drawback: the operator had to manually turn a crank while pushing it across the floor for a belt driven moving fan to create suction.

Unfortunately, inventor didn’t make electric motor for his device. However, he made significant contribution into the vacuum cleaner history. 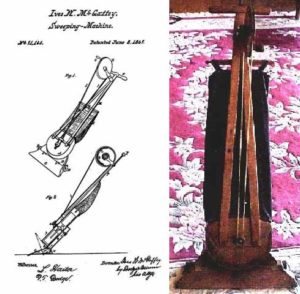 Engineer Hubert Cecil Booth invented the first motorized vacuum cleaner in 1901. His device “Puffing Billy” with gas engine was being transported along the streets by a horse-drawn cart with a team of four people, and had 5 horsepower vacuum pump. Also it had 10 ft hoses, which were protruded through windows. This machine became popular after it cleaned barracks in London’s docks, England. The first VIP client was royal court, where a large blue carpet of Westminster Abbey was cleaned prior coronation of Edward VII. Thereafter British royal family was telling and showing vacuum cleaner to guests. Booth’s vacuum cleaner had a triumph. His next vacuum cleaner was electric, but still big in size. In the next few decades, Hubert Cecil Booth founded British Vacuum Cleaner Company.

James Murray Spangler was a cleaner at Tannery’s leather factory and had become allergic due to dust. Later his condition turned to asthma. Being impressed by the news about triumph of “Puffing Billy” he set goals to invent electric portable vacuum cleaner. In 1907 Spangler made a device with a mop stick and a pillowcase. The device weighed 40 pounds. But it worked! Inventor started to sell his vacuum cleaner. Hoover’s wife bought one of first samples and she really liked it. After this, William Henry Hoover bought Spangler’s manufacturing patent and together with inventor founded the Electric Suction Sweeper Company in 1908. In a few years, company name was changed to Hoover Suction Sweeper Company. Their first vacuum cleaner was the 1908 Model O. 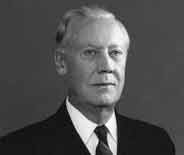 Axel Wenner-Gren was born in 1881. After he finished school, he was employed for five years in the spice importing company of a maternal uncle. During this time, he learned English, French, and German at the local Berlitz School. When he became 21 years old, he studied in Berlin and started a career of the seller at Alfa-Lavan Separator. In 1908 he was on a business trip to Vienna and saw the Santo vacuum cleaner in the shop of Gustaf Paalen. It was vacuum cleaner which couldn’t be named domestic. Young Axel said: “If I could reduce weight and price, I would be selling it in every home in the world.”

While working for two years at a European branch of Santo in the USA, he learned new methods of selling goods. When he returned to Sweden, he created team of engineers for developing home vacuum cleaner. In 1912 they made Lux 1. The main accomplishment of the team was replacement of air pump to fan, consequently decreasing weight to 30 pounds, which was a breakthrough in vacuum cleaner history. In 1921 they produced cylindrical vacuum cleaner Model V. It was convenient, easy and enjoyable to use at home and set the tone for all future vacuum designs. 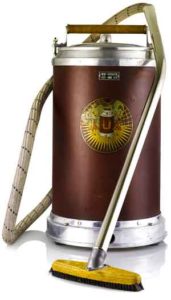 Years passed, family of vacuum cleaners was growing, and new varieties appeared: mini hand vacuum cleaners for cars and gigantic for cleaning streets, models with cyclonic dust accumulation and those in which dust was sedimented in water. Some time later, bag dust was improved, nozzles were invented, power was increased, noisy was decreased and etc. 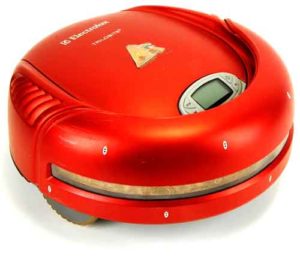 Competitors did not slumber, and in 2002 iRobot, an American advanced technology company, launched the Roomba. The Roomba could change directions while encountering obstacles, detect dirty spots on the floor, and could detect steep drops, which kept it from falling down the stairs. It became popular very fast.

Thereby, in more than one hundred years of vacuum cleaner history, the device has evolved from a clumsy noisy monster to an elegant robovac, which could independently clean the room.

Sophie Lorain:  “Spaghetti can be eaten most successfully if you inhale it like a vacuum cleaner.”

Close Menu
wpDiscuz
0
0
Would you like to leave a comment?x
()
x
| Reply